Sri Lankan cricket in the orient…. 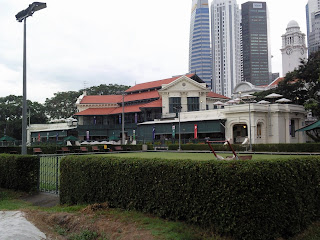 The 1st week of April in 1996 holds a memorable place in all Sri Lankans hearts(or at least it should!) It was indeed an unforgettable week.

As Sri Lankans we were all still basking in the glory of being tagged “World Champions”, and for any Australians reading this, you’d probably have been cursing and wondering how the tiny island nation that you’d bullied just a few months earlier in your backyard dared to dream and toppled the might of the best team in the world.

So if you were a Sri Lankan, life was good.

It was about to get better.

The now world renowned Sanath Jayasuriya stepped on to the field at the Padang in Singapore to launch an attack on Pakistan that is still the reason for a few Pakistani bowlers to wake up in the middle of the night with a cold sweat. 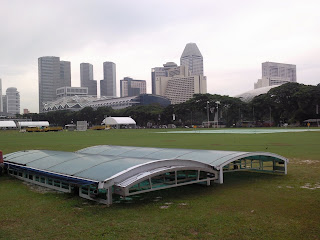 While the pundits were still trying to decompose whether what Jayasuriya did that week was even mathematically possible, a few unknown records in it self passed un noticed. Well at least until now.

The Padang ground it self holds special significance to us Sri Lankans. 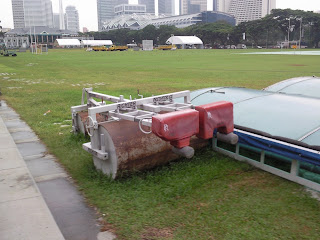 When the first few adventurous Ceylonese left the island for the orient around the 1860s one of their destinations was Malaya, of which Singapore was a part of at the time. Singapore, which was founded by Sir Stanford Raffles in 1819, offered a vast array of opportunities for these immigrants from all over asia.

T. M. Turnbull records in his book, ‘History of Singapore, 1819 – 1975’, “Singapore’s rapidly expanding economy attracted ever-increasing immigrants. At the end of the 19th Century, there were 185,000 people. Three-quarters were Chinese, while the rest comprised Malays, Sumatrans, Javanese, Bugis, Ceylonese, Arabs, Eurasians and Europeans”.

If you are wondering what the cricketing relation to all this is- be patient.

These early Ceylonese held esteemed position in Singapore, as doctors, teaches and various other posts and would often get together to discuss the Sri Lankan way of life.

Cricket was usually a topic of great importance.

According to a foreword to the Early History of Sport Among Ceylonese Residents in Singapore, “Up to 1915, sport among Ceylonese youth seems to have been confined to students in the College of Medicine. In that year a more organised team began to take shape under the leadership of Dr. K. Kiramathypathy (Dr. K. K. Pathy). Soccer and cricket were the chief games indulged in, although there seems to have been a greater bias for cricket.”

The need for an official union was identified by many prominent Ceylonese and around the early 1920s the first Lanka Union was born. This is when the Padang and the Singapore Cricket Club played a pivotal role.

It offered its facilities for practice and matches for the Sri Lankans who did not at the time have their own ground. Ceylonese cricket thrived.

‘In the early stages games had to be played on outside grounds as we did not have a ground of our own, until late 1922…”
‘In this connection we should be failing in our duty if we did not record the great assistance given to us by the Padang Clubs of Singapore, the Singapore Recreation Club, and the Singapore Cricket Club in granting its facilities for practice and for matches, and for the great hospitality they showed us at all times. “ 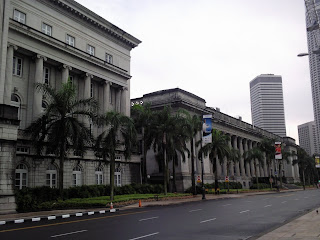 The Padang ground it self brings to mind a game of cricket played on a green on a lazy Sunday afternoon in England. Its surrounded by historic British monuments. It seems to have been plucked out of village green in the British Isles and placed in the center of one of the most modern metropolis’s in the world.

When you pass by the ground it reminds me of a time when cricket was simpler.

The way cricket should be.

An indulgence played with your mates, more for the love of the game rather than the accolades and money and the stardom. The pictures attached here do not do justice to this history patch of green that has undoubtedly shaped the lore of Sri Lankan cricket in the orient.